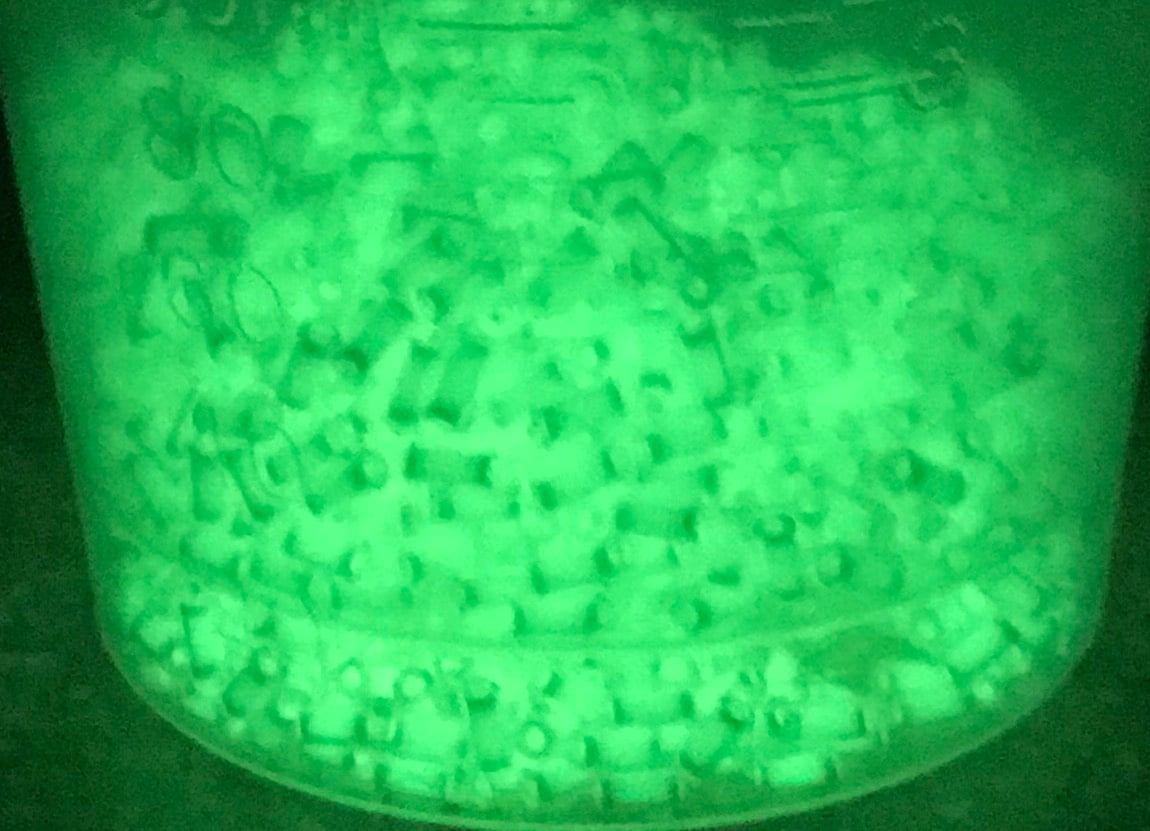 Tritium, Tritium Tritium…What the heck is Tritium? Simply stated, tritium is a radioactive isotype of Hydrogen. There you go. You are now an expert, have a great day…

Ok seriously though, what does that mean?

Tritium is a Hydrogen atom made up of three particles. Tritium is produced naturally in the atmosphere when cosmic rays collide with air molecules. Also, tritium is a byproduct of the production of electricity by nuclear power plants.

The chemical behavior of tritium is essentially the same as that of hydrogen. This means that tritium, just like stable hydrogen, can exist in a gaseous state or in the form of water.

Tritium in its gaseous form is able to diffuse through most materials except Borosilicate glass. When Tritium gas is encapsulated in these glass vials with phosphorescent pigments, a self-luminous (glow in the dark) device is created.

These vials can be found in a wide range of common consumer goods such as watches, compasses, key chains, tritium exit signs and GUN SIGHTS.

The short answer is NO.

It is important to note that everyone is exposed to radiation every day and, on average, the vast majority of an individual’s radiation exposure in the United States results from medical procedures and naturally produced radiation.

Since tritium is a low energy beta emitter, it is not dangerous externally (its beta particles are unable to penetrate human skin) but it can be a radiation hazard in large doses when inhaled, or ingested from food or water. To avoid this, please do not eat our gun sights 😉

If a tritium vial breaks, to be safe, one should leave the area and allow the gas to diffuse into the air. In the event you directly inhale tritium gas in large volume, drink water, and your body will excrete this in 3-7 days.

The Nuclear Regulatory Commission regulates the use and distribution of self-illuminated tritium devices. Only companies with approved distribution licenses are legally allowed to build and distribute these tritium products.

HOW LONG DO TRITIUM VIALS “GLOW”?

The time that it takes a radioactive isotope to decay to half the original amount is called the half-life. Tritium has a half-life of 12.32 years.

The more tritium that is initially encapsulated in each vial, the brighter it is to begin with, and the longer its useful life.

Night Fision prides itself on adding 30% more tritium into every single gun sight. This is why we back our Perfect Dot night sights with the longest illumination guarantee in the industry.

If your sights stop glowing before 16 years, we will replace them.