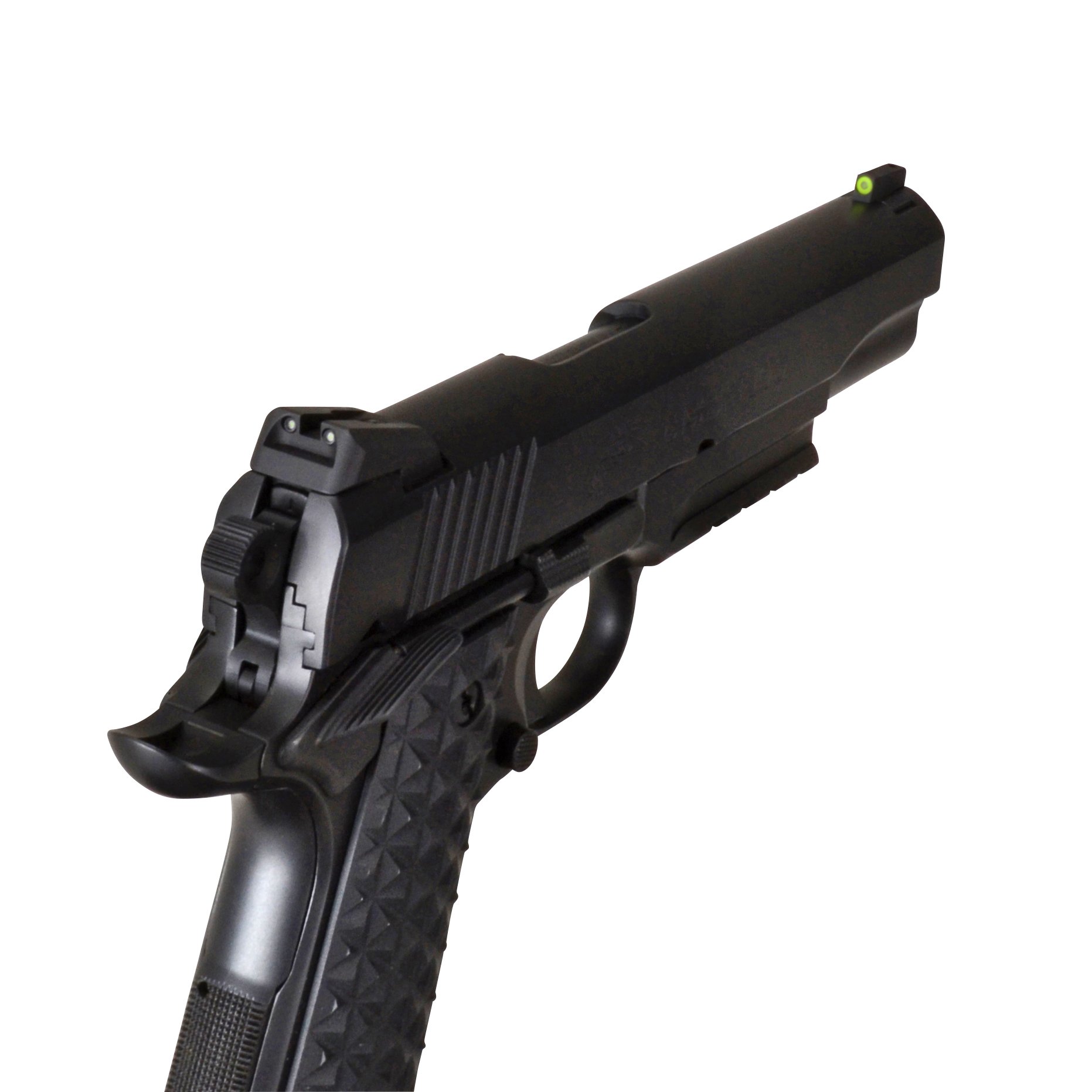 On March 29, 1911, the greatest fighting pistol ever to be issued was officially adopted by the United States military. The M1911 or Government model has fought in every single conflict that our men have participated in for over 100 years. Currently the U.S Marine Corps issues an updated model 1911 called a M45A1. The pistol has been knocked off or built under license in countries ranging from Philippines to Norway. The Philippines still makes them the same way Colt engineers showed them how to in the 1920’s.

Fifteen or so years ago I acquired a stainless Springfield G.I. grade 1911 made by Imbel in Brazil. This gun now has 25000 rounds or so through it and various configurations. I have owned over 100 other 1911 pistols but this one will always stay with me. I run the old piece in an OWB leather Galco rig. I expect I will carry this gun on and off until the day I depart this earth.

Since I love these pistols so much, I have been wanting to get a 1911 project going at Night Fision. Two things happened that helped make this a reality. Night Fision has recently begun shipping Perfect Dot sights using Novak bodies. If you carry a quality 1911, more than likely the cut on your slide was developed by Wayne Novak. These sites are built like a tank and Novak makes them the best. 1911 shooters can now purchase Novak cut sights and reap the benefits of our advanced tritium insertion technology. I can now get Perfect Dot sights on my 1911 and my Browning Hi Power.

The Colt 1911 has been around now longer than anyone has been alive. With a million or so sold every year this pistol isn’t going anywhere. If you have a 1911, do yourself a favor and put a set of Night Fision Novak Perfect Dot sights on it.