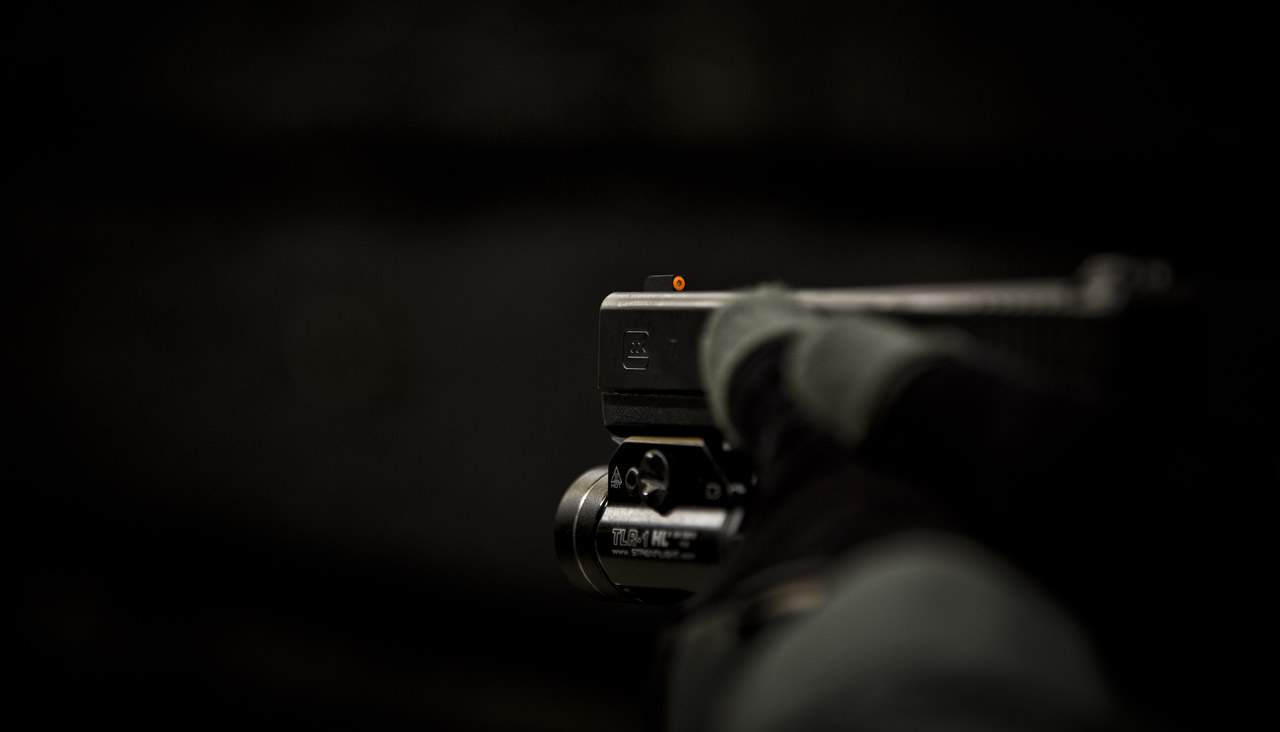 How the wrong sights made all the difference in the world…

The kids are all in bed, and the house is finally quiet. You have a little bit of time now to catch an episode of Bloodline. Okay, probably two episodes; nobody can ever stop at one.

That sweet new Springfield Armory XD® MOD.2™ is sitting in your safe next to the nightstand and it has been softly calling your name since the first time you shot it a month ago. The fiber optic front sight really sold you on it, even though they are daytime sights. The night sights were going to put you over budget, which is just something that you were not prepared to discuss with the misses. Getting her to sign off on another gun was hard enough in the first place. Besides, you took the laser sight off of the previous pistol on this one and zeroed it at the range. Good to go.

The neighbor’s stupid dog will not shut up for the 8th night this week. What an idiot.

Usually that dog knocks it off after a few minutes, but he is ramping up his efforts now and he’s right on the fence. You will text Jeff in the morning and ask him to bring Thor in tomorrow night. It is late and you have an early meeting, so back to sleep.

Your wife has her daggers for nails dug into your shoulder and she is shaking you, hard. “Babe, I think I heard something in the garage!” Her voice sounds panicked, but then again, she swears there’s something in the garage all the time. There is; your tools are in there somewhere behind the kid’s bikes and about four hundred Rubbermaid tubs of outgrown baby clothes. You do not hear anything.

“It is fine, Honey, please go back to sleep”.

You hear something in the garage. There should be nothing to hear in the garage, but you definitely heard something in the garage. “It’s probably a raccoon” you say, trying to convince yourself. Just in case, you open the pistol vault by the bed and pull out the gun and your Streamlight. Just in case. You fumble for the laser switch…and it was left on at the range a couple weeks ago. Well, at least the Streamlight works. The ultra-white light of the LED penetrates the darkness.

The garage entry door is just past the kitchen and you are just about to it…the knob rattles. Pulling the pistol up into firing position, your hand with the light is crossed under your shooting hand, point the beam of light at the door while supporting the pistol. The sight are washed out from the flashlight and you cannot figure out your sight picture.

Splinters smack your skin from the shattered door that has just been kicked open. You start and instinctively move the flashlight to cover your face with a forearm, training your pistol at them…but you cannot make anything out in your sights.

It all happened in the blink of an eye.

Batteries drain, flashlights and lasers sometimes malfunction with no warning. Tritium does not malfunction and is always at the ready when you are having the worst night of your life.